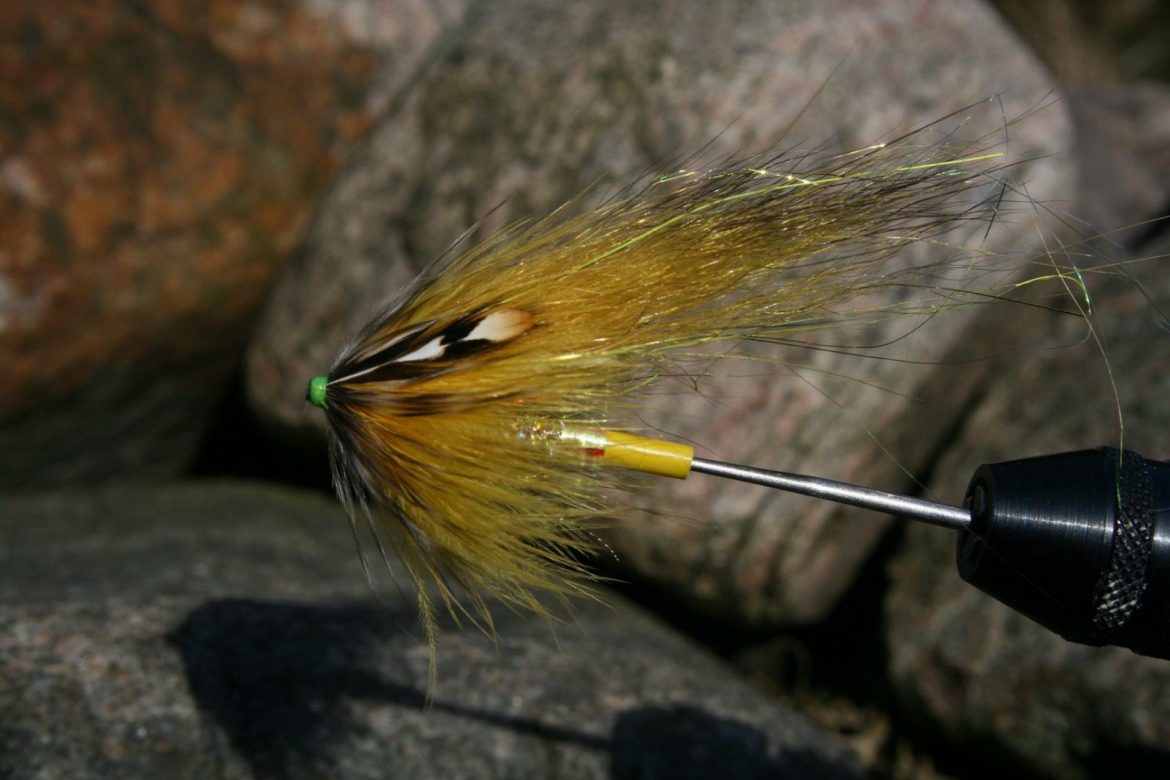 What materials do you use for zonker wings? 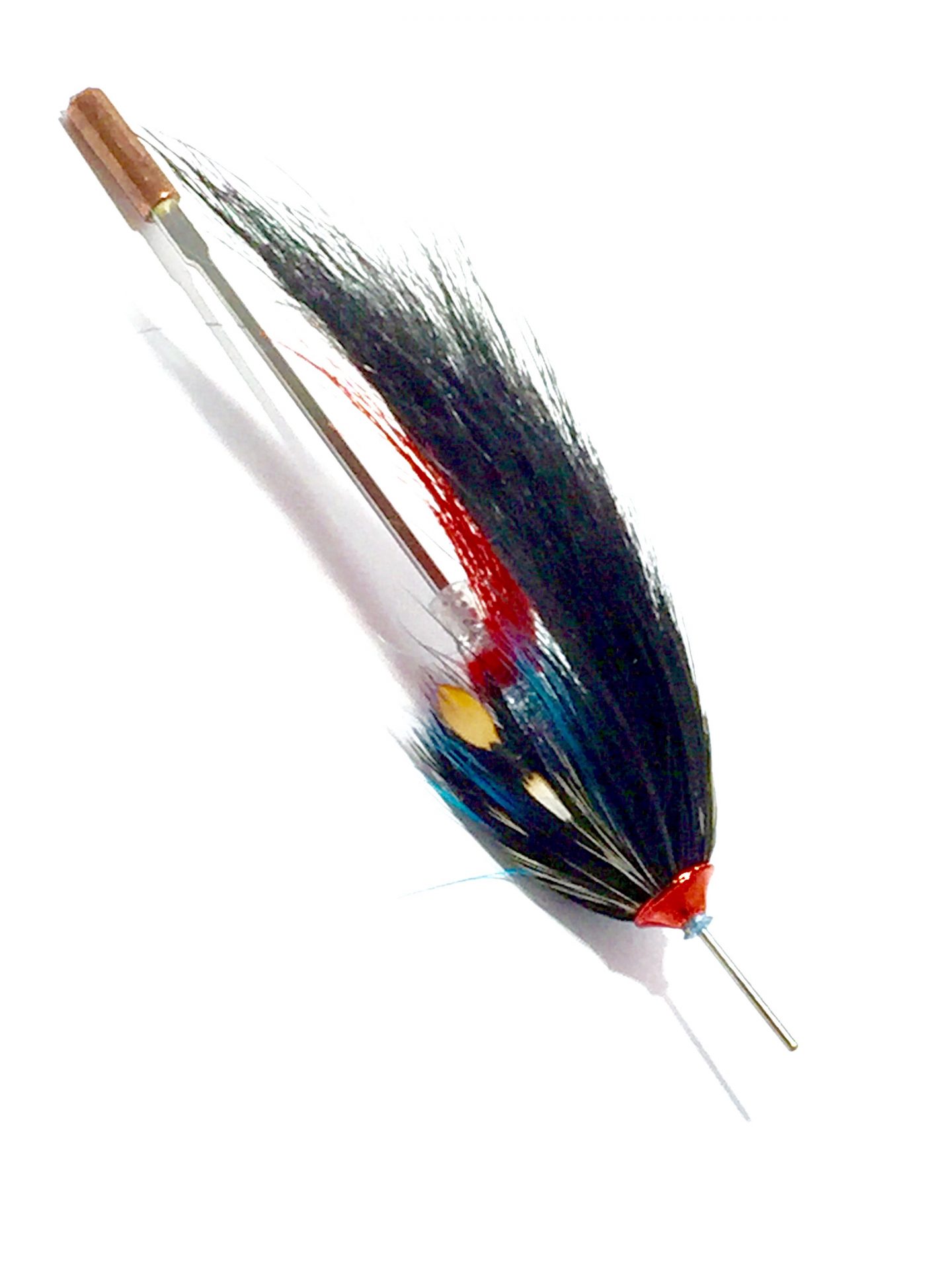 That is a question I get a lot. In this post I will try to explain how I’m choosing materials for my wings.

First of all, the size of the fly determines what materials I cut my wing from. But other factors are also applicable such as what time of year and whether it’s for Seatrout or salmon. To make things easier I do it in seasons.

Early spring is often associated with cold, high and colored water. Here I use larger flies fished deep. Often you have to present the fly right in front of the fish. For these flies I use opossum and rabbit. Opossum is perfect for bigger flies, and here it’s important that you get a piece from the back of the animal it has the longest hair. If the water is dark and colored a strong contrast to the under water surroundings are Important. This is where the rabbit are fantastic.

A fly with rabbit wing for early spring

Late spring and summer I change tactics. The flies becomes smaller and I fish higher in the water. The fish will see the fly From below And I would like my wing to be a little more translucent. Opossum and ferrite does just that. For the opossum you have to get a piece from the side of the animal. Ferret is very similar to opossum but has shorter hair and the hair turns in the same direction. This make it a lot easier to cut a nice wing without having to sit and toss and turn the skin. Squirrel is also an ideal material for middle sized flies. 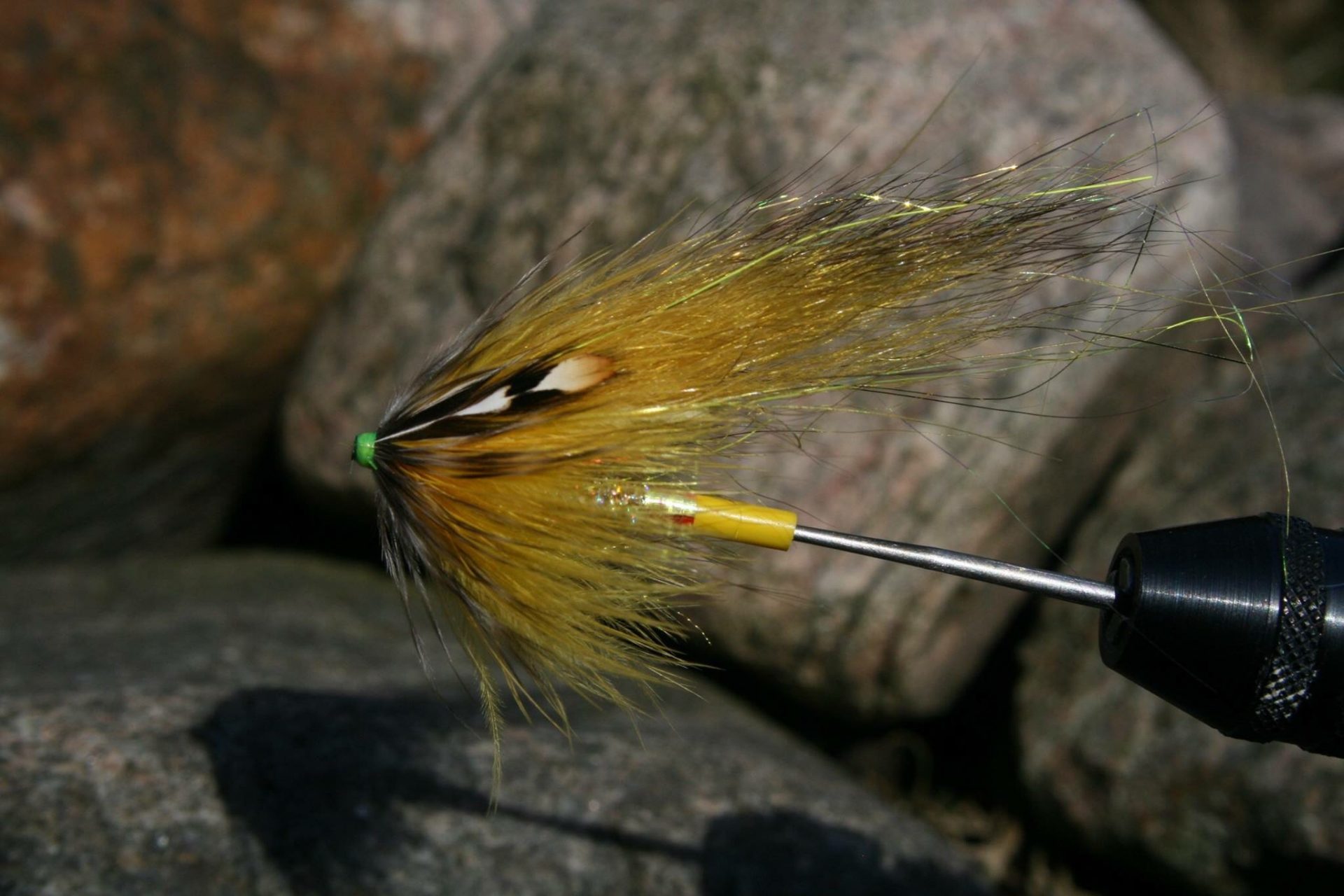 A middle size fly with opossum

Late summer and autumn where the water often are warm and clear I tend to use small flies. For that I use weasel and squirrel. The two materials are perfect for small flies. It’s also the season for night fishing after Seatrout’s big bulky flies are perfect for the job. Here j use rabbit and opossum again. Rabbit creates a sharp silhouette against the night sky. And the opossum is good for the biggest flies as I doesn’t absorb as much water as the rabbit. And at easier to cast. 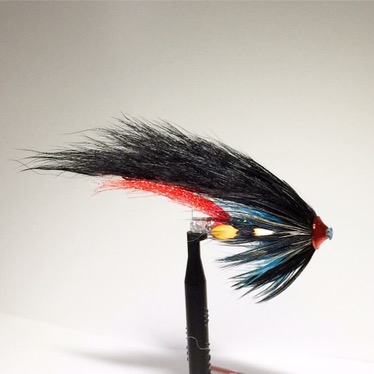 That’s how I do it hope I could inspire some

Squirrel Zonkers for the coast …

Squirrel Zonkers for the coast …