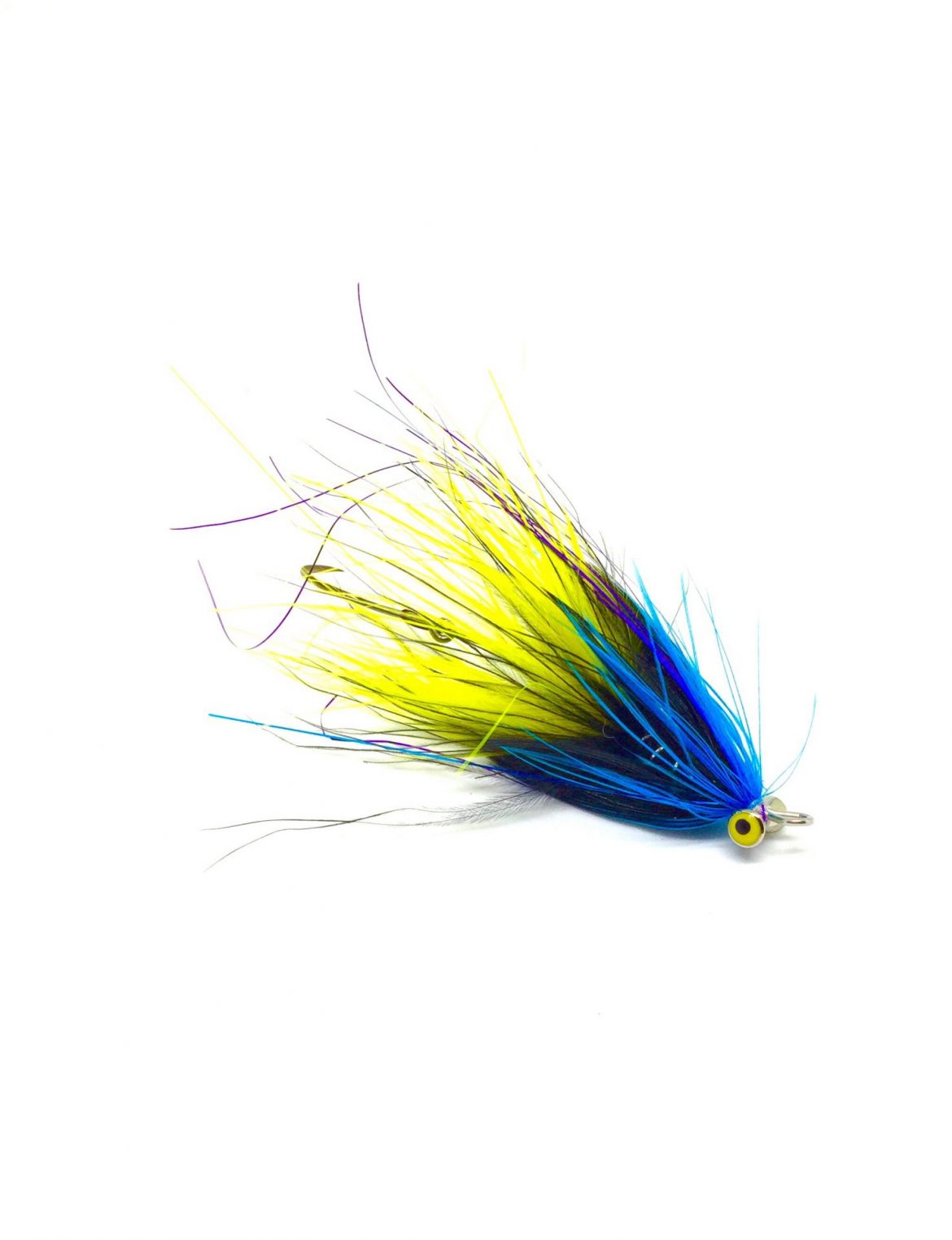 Even though the Intruder was a specific pattern made by two good friends Ed ward and Jerry French. It has now become more a style in fly tying. Now a days every fly tied on a shank with big dumbbell eyes and a trailer hook is called an intruder. It was originally designed for salmon in Alaska and steelhead in their home waters. 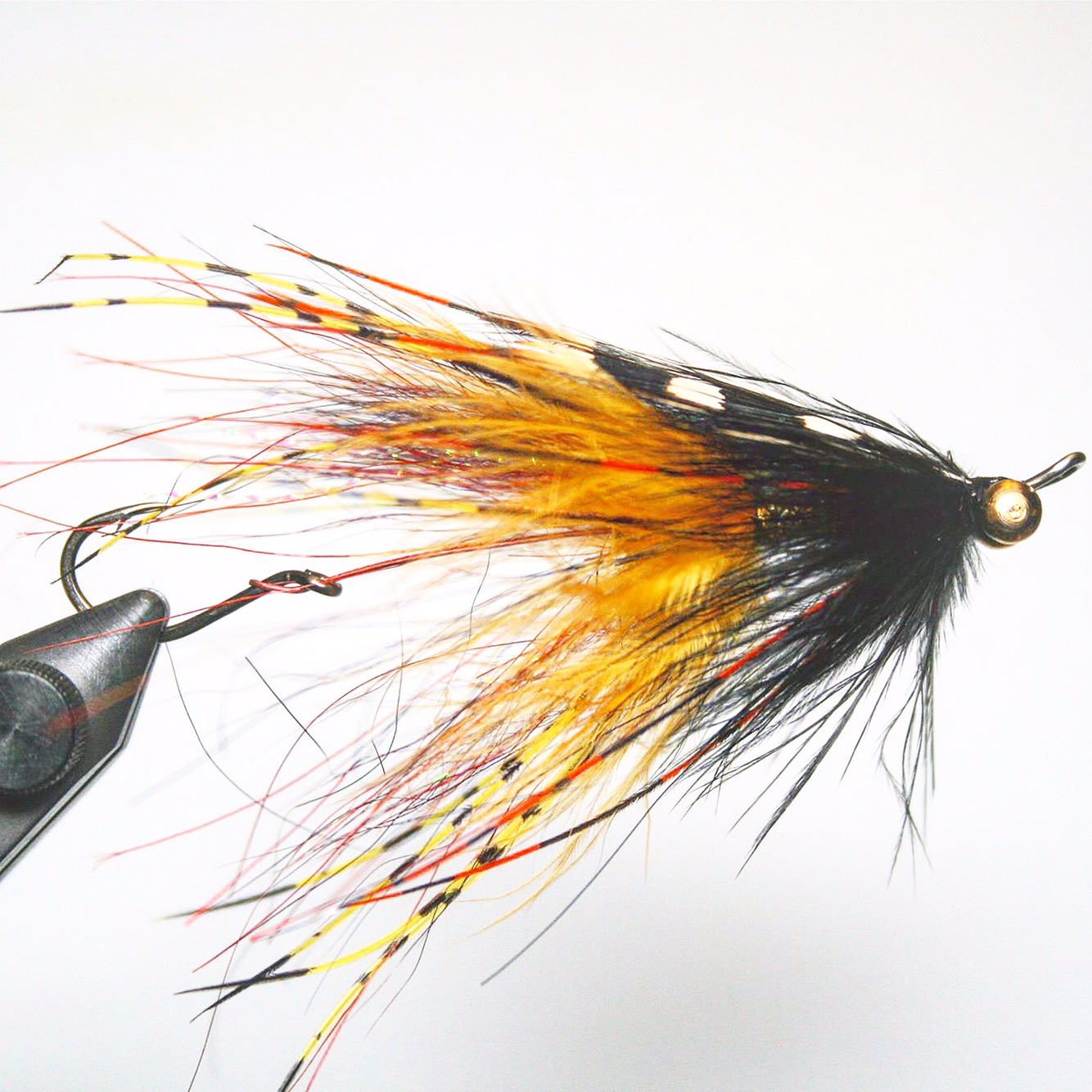 The last couple of years more anglers are using this style of flies here in Denmark. The fly has 3 key features. It hooks very well, it sinks fast and it has a lot of movement to it.

Most of my intruders are tied after the same principle. And from there I change colors and weigh to soothe the conditions. Early season I use powerful colors and heavy tungsten eyes to get down to the fish. Later in the season I tend to use black flies with lighter brass eyes. 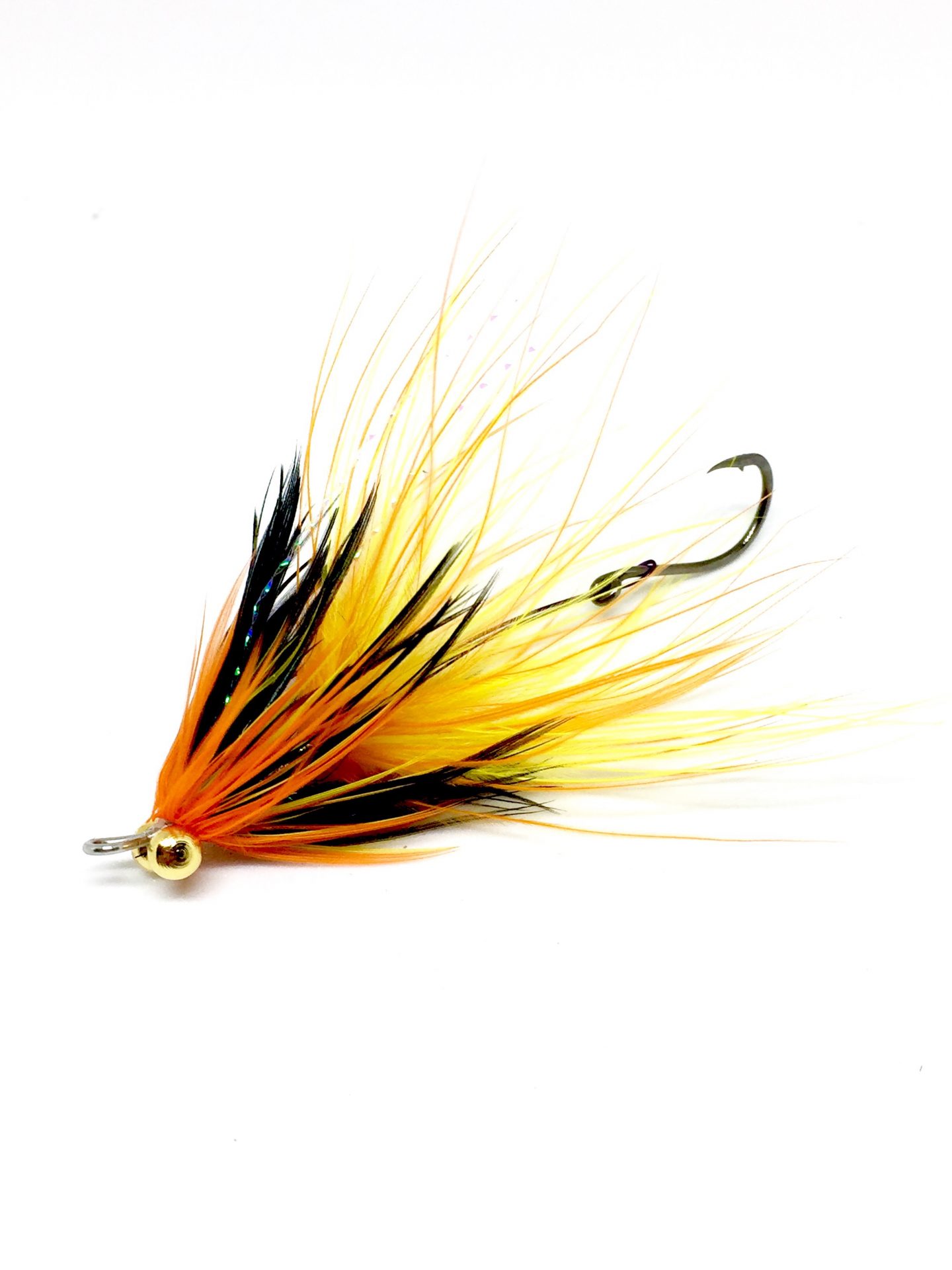 An intruder for spring fishing with tungsten eyes. This might be good for salmon too.

Late in may I will start night fishing in river karup. And for that I have tied up a night intruder in some good colors for Karup. It’s from the fly that the very skilled fly tyer and angler Mogens Styhr kreated years ago I’ve got my inspiration. 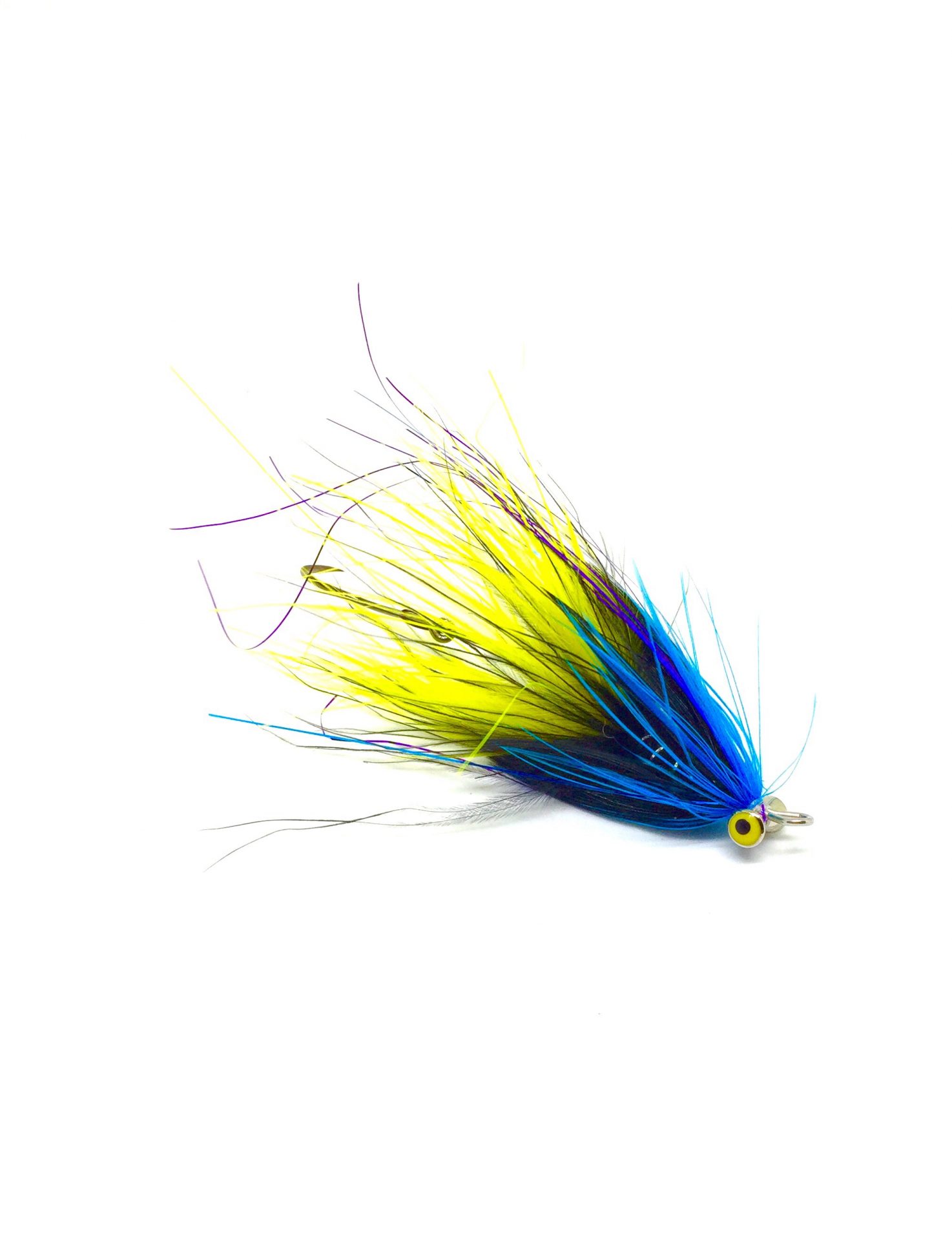 I am really looking forward to swing this fly the upcoming season. I will let you know how it turned out.